The leopard in black and white – a new way of seeing 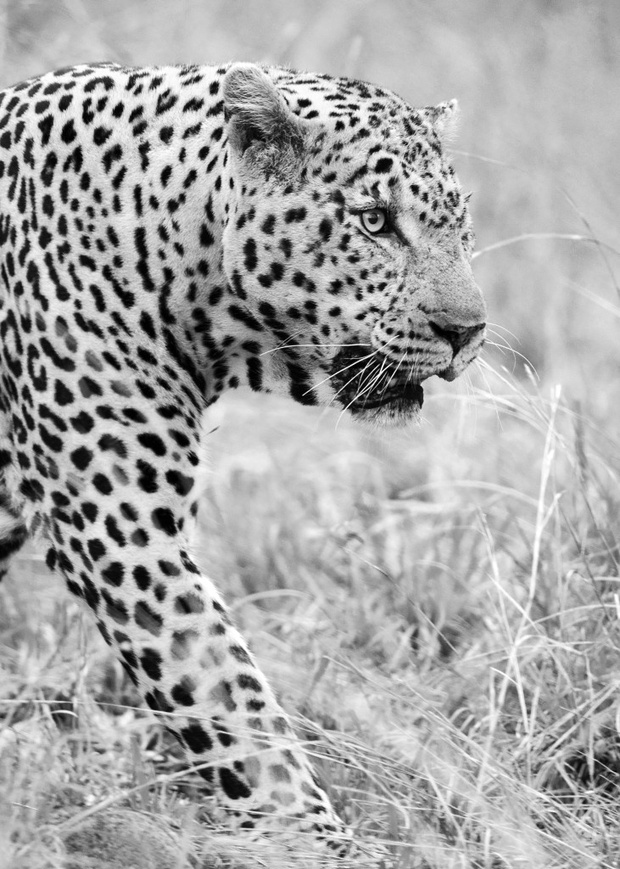 This stunning image was recently captured on our reserve by Yolande van Niekerk Raubenheimer.  They were leading a group of photographers attending a workshop by Master Your Camera.

Says Yolande:  “The one thing that had everyone slightly concerned was the weather forecast.  Overcast weather and some drizzle were predicted for much of the weekend.  All participants were however willing to brave the weather and low light – and none of us were left disappointed.”

It seems that one way of dealing with overcast weather, is capturing a leopard in black and white!  Africa always presents something to work with – sometimes it only takes a different angle or new way of seeing.

Denni Raubenheimer and Yolande van Niekerk Raubenheimer are a photographic team specializing in nature and travel photography. Yolande studied photography at Open Window in 1998.  In 2002 she completed her honors in fine art at the University of Pretoria (which included photography) and in 2005 she received a diploma in digital film-making from the New York Film Academy.  Denni studied geology at the universities of Johannesburg and Pretoria, completing his masters in 2012, while spending roughly four years improving his photography with extensive time in the field and through much mentoring.
Near the end of 2009 Denni and Yolande started publishing their photos in various photographic products.  These they have sold as corporate gifts and to various shops, including Exclusive Books and the Park Shops in the Kruger National Park.
Denni and Yolande will be hosting their next workshops at Indlovu on 4-6 March 2016 and 6-8 May 2016.
Share This Post